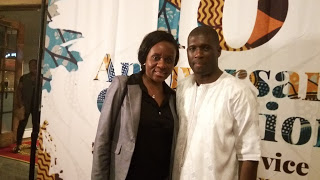 Hello good people, how y’all doing? It’s been a minute..Ar know ous wan Jackie don cam wit again? (What did she come with this time?)

I live in Maryland and work in the DC, Virginia area commonly referred to as DMV by locals. The Mayors Office on African Affairs 10th Anniversary event came up on my Facebook news feed last week. I don’t usually like to go to events during the week except on a Friday, but I was like I am dressed up, don’t have anything to do so why not..Well, I was glad I went, it was good, my first time attending their events,it was free and I had the opportunity to be at the Lincoln Theater.

I did a blog post some time ago about names, one of my top blogs to date. See link..Ouda Nah Jacqueline Thanks to all my readers, much love..smooches and blessings…

This blog today is not about names, just a glimpse into a life of an immigrant despite the odds, is now the Executive Director for the Mayor’s office on African Affairs in DC. I introduce to you Mr. Mamadou Samba.

Mr. Samba or Mamadou as he is commonly referred to, is originally from Senegal. During his director’s speech he gave us a summary of his struggles as an Immigrant in America. Couple of things in his speech that resonated with me as an immigrant, is the struggles that he faced, but overcame them. The first being that he had to scrape together a mere 15 cents just to be able buy the burger special. Reminds me of my first job at Mickey Dee’s making $3.80 an hour, but it’s not about me today. The second thing he said was how they used to make fun of his name, henceforth the reason for the title. They would ask him what did his “Mama do” no it’s his name and it is pronounced Ma-ma-dou..

Ahhhh!!! these people, ar bin mean say nah me Salone/Naija/Liberian pipul dem normor lek provoking? (West Africans the only one who got jokes) Or was/is this a form of bullying? As for his last name he said they would refer to him as “Simba or Samba” from the “Lion King” but his name is Sam-baaa. I know my sister Carmena also went through some name calling the very famous one (African Booty Scratcher). I will talk about that on another day, just thought to include as it is my blog after all..Haha..Don’t mind me jare…(Naija Slang)..:-)

Mamadou was funny, and came across as down to earth, a people’s person. I asked him for a picture after the event. Mind you this was my very first time meeting him, never heard of him or knew who he was before last week. He was very busy as you can imagine and was like sure, but give me a few minutes I need to go and do something. He came back and folks wanted to take pictures, but he was like hold on she has been waiting. I was like wow, he remembered, I need to blog about him. First impressions go a long way, even my aunt Vera Pabs-Gannon noticed that and made a comment, she took the picture by the way. Thanks aunty Vera..

Mamadou overcame obstacles and is now practically the eyes, ears and representative on African affairs in the African Committee for Mayor Muriel Bowser not just in Washington, DC but worldwide. How ironic is that? Now they have to put some respect on his name..haha..I pray that the Lord who has started a good work in you, Mamadou, will accomplish it in Jesus name.

Philippians 1:6, New King James Version (NKJV) being confident of this very thing, that He who has begun a good work in you will complete it until the day of Jesus Christ.

Just a sidebar, I am working on a project in Dakar, Senegal and he is the third Senegalese I have met this year. How amazing is that? I need to work on my french, oui, oui, la,la..Bonjour, ca va? Haha..Lemme stop..Oh and he is cute too..No, I didn’t ask him if he was single… 🙂 🙂

Don’t despise small beginnings, I love it when immigrants overcome obstacles and rise above the shuffle..Put some #Respeck on it.. :-).To God Be All The Glory…Smooches!! Muah!!

Be blessed Mamadou,when you run for President(event joke), you have my vote.. 😉

Mr. Mamadou Samba and I 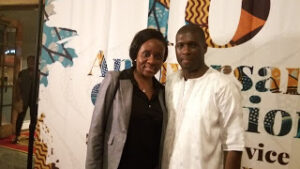 Mr. Mamadou Samba and I 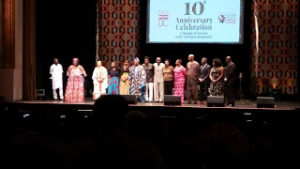 The Commission On African Affairs Team Loide Jorge, Esq Immigration Lawyer and Mrs. Ify Nwabukwu AWCAA, Are part of the team, I know both of them. 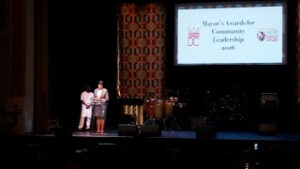 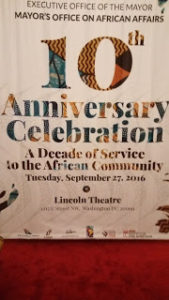 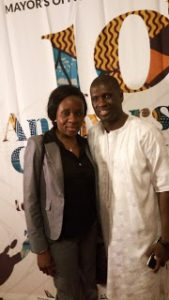 Another one just because 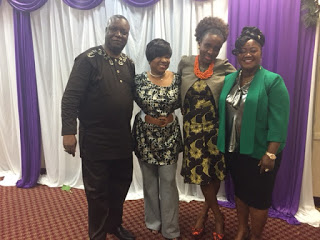 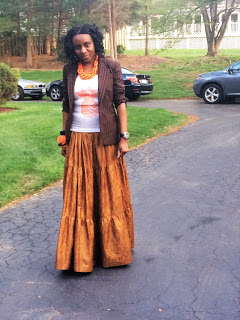 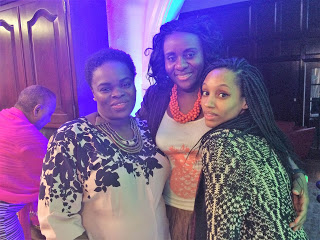